The land that makes our work possible

The Pennsylvania Anthracite Fields, the area that is the focus of our operations and strategy, has attracted British interest throughout its long history. Located in Northeastern Pennsylvania, the area is made up of 6 counties: Lackawanna, Luzerne, Columbia, Carbon, Schuylkill and Northumberland. It is accessible by three major rivers, the Lehigh, Schuylkill and Susquehanna which, with canals, provide excellent links to the major ports at Erie, Philadelphia and Baltimore. The fields, four in total, are a series of coal basins, some almost horizontal but the majority folded and faulted. The primary coal seam of interest is the Mammoth which reaches thicknesses of 40-50 feet in places.

The Pennsylvania anthracite fields have been mined for over 200 years. The first mines were organized in the early 19th century, and a period of rapid expansion of the industry followed, helped in large part by an influx of immigrants from England, Wales, Ireland and Germany. Pennsylvanian anthracite is said to have fuelled the American Industrial Revolution, and by 1917 100 million tonnes were being produced per year. The industry gradually declined over the 20th Century, as alternative fuels for power generation and heating were developed. However, anthracite retains a significant portion of the domestic heating markets in the northeast of the US. Anthracite is not an ordinary coal destined to be burnt in power stations, but is a premium, high carbon product with specialist applications. The anthracite produced in Pennsylvania is regarded as particularly high quality – in addition to the low sulphur content and few impurities expected of quality anthracite, it has very low phosphate and salt levels which are beneficial in metallurgical applications.

Not only is the quality of Pennsylvanian anthracite well known, but the reserves and geological structure of the area are extensively documented. Detailed mining surveys, geological plans and studies are available for mine seams across the coalfield, so we have been able to gain an in depth knowledge of the area to support our strategy of seeking new acquisitions. This knowledge is backed up by the local connections the company has built up over the past 15 years with suppliers, contractors and fellow anthracite producers, allowing us to take advantage of the excellent infrastructure built up to support anthracite production.

The coalfield is well-documented, conveniently located for exports, has an established local infrastructure designed around the anthracite production industry, and yields high quality product. It is located in a politically stable environment, with close, long-established business law, practices and relationships, unlike anthracite mining in some other areas of the world. 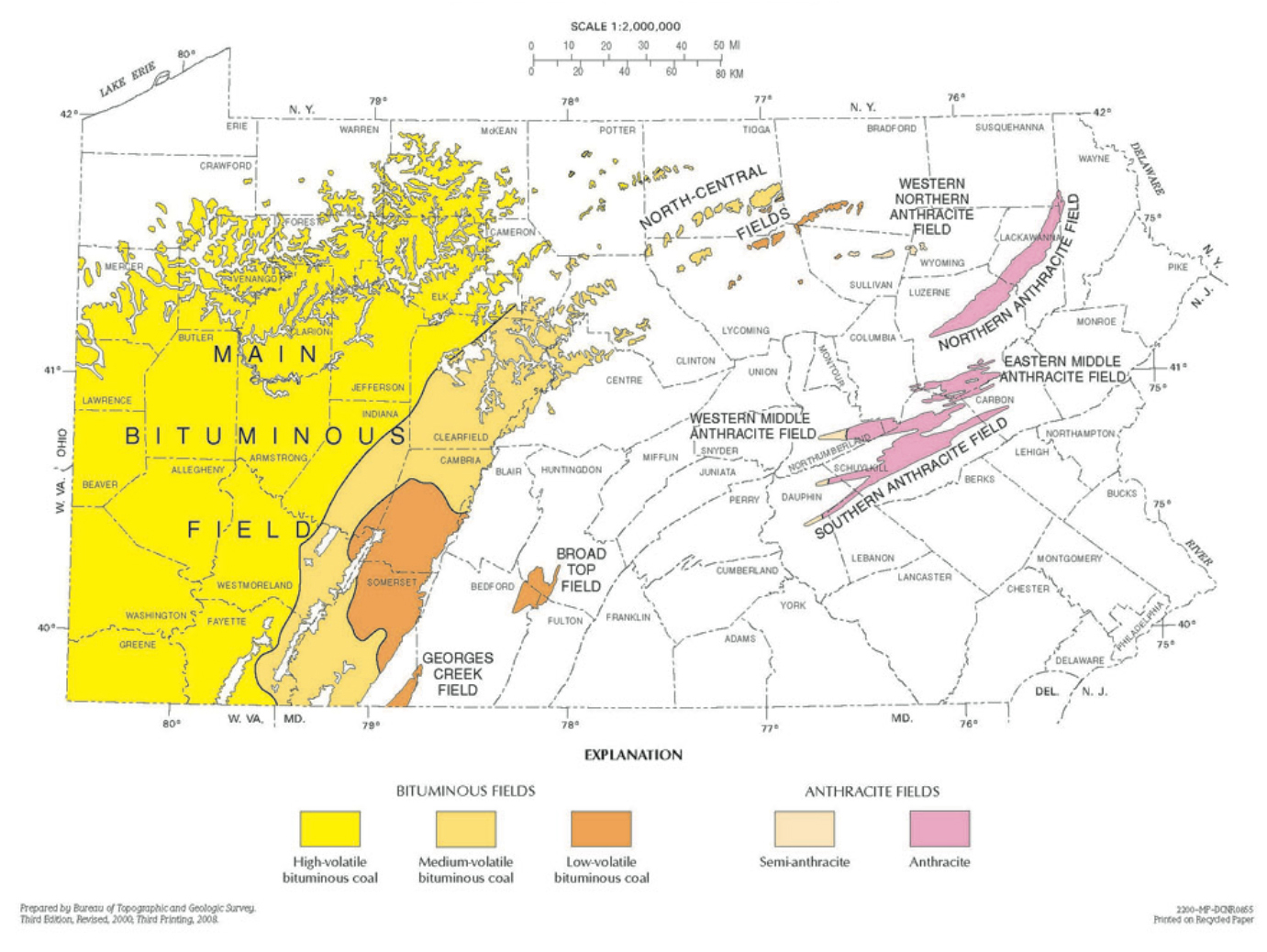